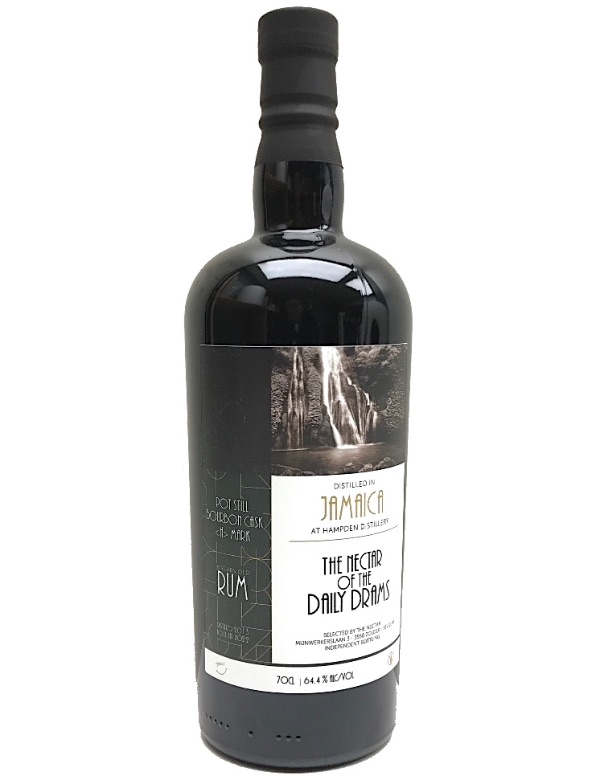 There’s no way around mentioning Hampden when talking about Jamaican- or high-ester rum. Founded by the Scot Archibald Sterling in the Trelawny Parish in 1756, Hampden is well-known for its long ferments, muckholes and high-ester rums. In 1779, Sterling built the famous Hampden Great House, whose ground floor served as a rum store until the early 20th century. At some point in the 19th century, Hampden estate has been passed on to the Kelly-Lawson family and subsequently to the Farquharsons, who also built the Hampden Wharf in Falmouth during WW I to ship rum and sugar. Today it’s used by large passenger cruise ships such as the ‘Harmony of the Seas’. In 2003, Hampden estate has been bought by the Jamaica Sugar Company who did not operate the distillery. It was then that their rum reserves have been sold to spirit brokers in Europe. Six years later, Hampden has been bought at a public auction by the Hussey Family (owners of Everglades Farms Ltd), who are looking to revitalize rum production. With the increased hype around the distillery and the attention they attract it seems that the Estate is finally prospering again.

Today, the distillery is home to 89(!) fermentation tanks, with capacities between 9,000 and 13,500 litres. And indeed, fermentation takes on a very important role at Hampden. Unlike (most) other distilleries, they add dunder, the throwback of the previous distillation process, to their fermentations. Adding these acid-rich remains increases the acidity of the mix. The acids, combined with the used wild yeast and other natural bacteria living in the fermentation vats work for a minimum of two weeks to create the wines.

Distillation takes place in one of three 5,000 litre pot-stills with two retorts and a condenser. Yes, Hampden only uses pot-stills! Distillation is identical for all rums produced at Hampden, meaning that the only differences arise during fermentation.

Nose: Plenty of solvent, acetone and pastry can be found here. Right after that pineapple, citrus (think acidic oranges), chorizo, Kalmata olives, almond paste and a mix of sweeter fruits. There’s quite some oak of course, but it feels just right. And darn, this one seems to be smooth as a baby’s bottom. Great stuff! Palate: Just like the nose suggested, the integration of the alcohol is stellar. What you’ll notice right away however is the Rum’s bitterness – the barrel was clearly very active. Something that worked wonders in the nose is a small weak spot here.

Flavour: we get pastry, almonds, acetone, bitter olives, blood oranges, black tea and lots of oak. It’s fine, but I feel that the barrel has taken away too many notes while providing too much bitterness at the same time. What a bummer!

Finish: Long and oaky with vanilla, bitter tea and a hint of blood oranges/ grapefruit here and there. It does suit the palate I think. All in all it is a very good Rum, especially the nose is fantastic.