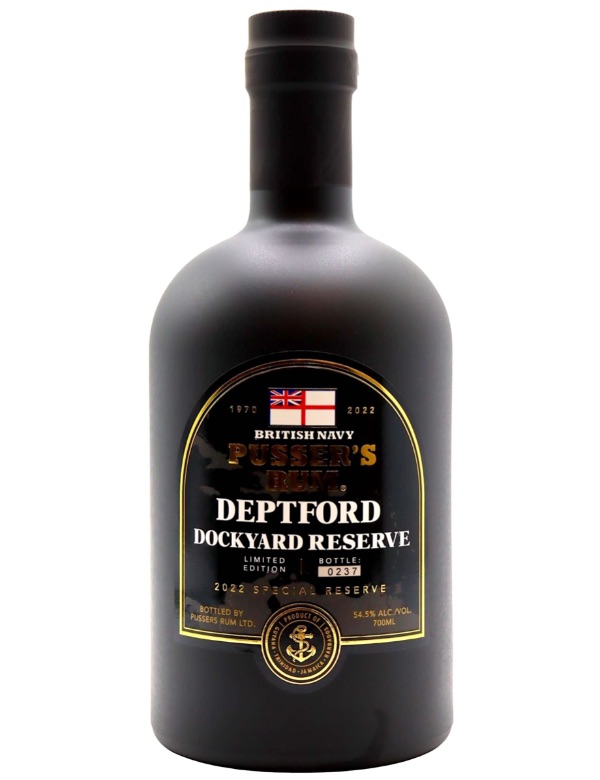 HM Victualling Yard, Deptford was a Royal Navy Victualling (pronounced “vitalling”) Yard established alongside the Deptford Royal Dockyard which was founded in 1513 by Henry VIII. Located on the “deep ford” of the Rivers Ravensbourne and Thames, it served as the principal Royal Navy dockyard for three hundred years and became the Victualling Board's main spirit depot in 1742. Previously known as the “Red House”, the 11-acre site with its wharf, factories and red brick warehouses was leased from the Sayes Court Estate by the Board and by the end of the eighteenth century morphed into the largest food processing operation in Britain, meeting not only its own requirements but also those of fleets of vessels anchored at Woolrich, Sheerness, Chatham and in the Nore. Deptford was also charged with provisioning victualling yards located in foreign stations with consumables ranging from rum, chocolate, biscuits, meat, candles, tobacco, and clothing, as well as some non-consumables like medical supplies.

The Navy blended prodigious amounts of rum within the compound. Although historical reports vary, the Yard’s warehouse grew to accommodate between 30 and 32 storage vats ranging in size from 4,600 to almost 33,000 gallons in specially constructed buildings, with a total capacity estimated to be 250 thousand gallons of rum. Historians generally agree that barreled bulk rum procured by the Government from its Colonial distillers was at 40 degrees above proof and was emptied into the storage (also called “starting”) vats; others were called “issuing” vats kept at 4.5% under proof, or the equivalent of 54.5% ABV. Once delivered to the depot, the overproof product spent two years flowing from the open vats where it would “ripe, mellow and age” before it was poured-off from the issuing vats for shipment to the Fleet. A labor force of 50 on-site coopers manufactured 30,000 barrels a year to facilitate the dispatch. While little is known about early Admiralty specifications, “the blend” was done “in such proportion as experience had shown was preferred by the men.”

Whether by design or luck, the final distillate issued by the master blenders at Deptford became known throughout the Royal Navy as “The Pusser’s Rum” (a corruption of the word “Purser”) and became highly regarded by the Fleet and by those civilians fortunate enough to garner a taste. To commemorate the 52nd Anniversary of Black Tot Day, Pusser’s Rum has released its limited-edition Deptford Dockyard Reserve at Navy proof, featuring a blend of aged, high-ester distillates from Caribbean countries in Great Britain’s Colonial past—Guyana (Demerara), Trinidad, Barbados, and Jamaica. There are many fond memories of this historic Dockyard: The knighting of Frances Drake after his voyage around the world on Golden Hind; several visits by Peter of Great; and the legend of the knighting of Sir Walter Raleigh after laying his cloak before Elizabeth’s feet. We ask that you lift your glass high hoping that the contents of this unique Deptford Dockyard Reserve will bring back an equally fond memory of this Depot’s historical past.

This Bottling : To commemorate the 52nd anniversary of Black Tot Day, Pusser’s introduces its limited-edition Deptford Dockyard Reserve at Navy proof, featuring a blend of aged, high-ester distillates from Caribbean countries in Great Britain’s naval past.

FINISH: Christmas spices and dried fruit with a suggestion of sea salt that leads to a satisfying and dry Sherry finish.